Welcome to the Hydrology in West Africa Portal

The data presented in this portal shows gridded hydrological model estimates of projected future changes in monthly mean river flows (m3s-1) and changes in annual maximum river flows (%) at a ~10 km resolution across West Africa. In order to assess the impact of projected climate change on river flows during the high flow season across West Africa (August to November), resulting from the rainy season in July to September, changes in monthly mean river flows were estimated for each CMIP5 and CMIP6 ensemble member. Changes are calculated between historical and projected future periods using CMIP5 climate model data (hydrological change is calculated between two 30–year periods: 1970–1999 and 2005–2099) and CMIP6 (change is calculated between 1970–1999 and 2015–2100). 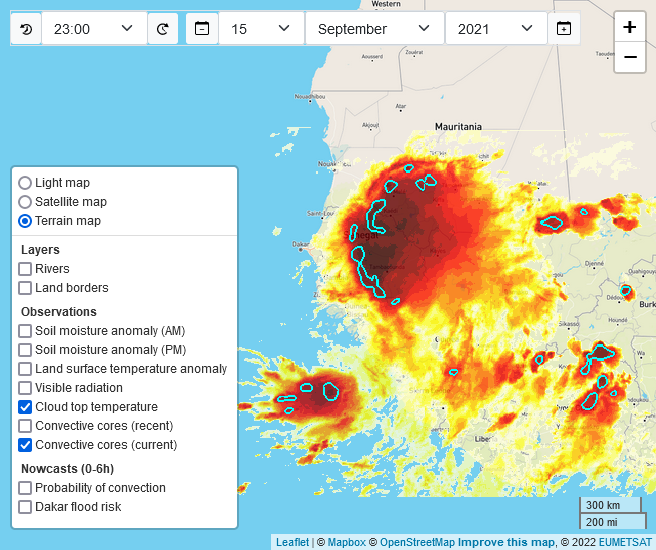 This portal was funded by the Natural Environment Research Council as part of the UKCEH LAWIS National Capability programme. The datasets were developed under the NFLICS and GCRF African SWIFT projects using imagery provided by Eumetsat and the Land and Hydrology Satellite Application Facilities.

Forecasters and researchers in West Africa can apply for access to real time data by contacting the UKCEH nowcasting team. Data more than 7 days old can be viewed without the need to log in.